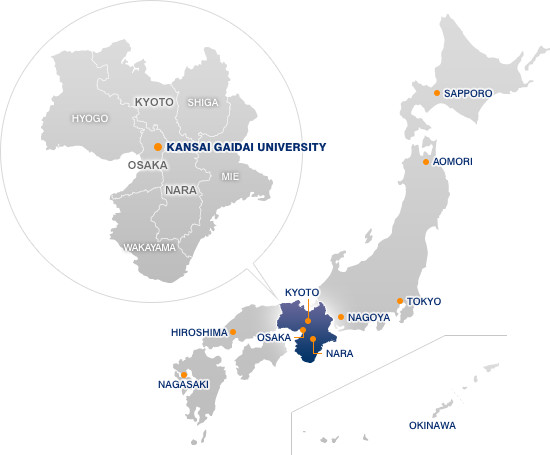 Kansai Gaidai's two campuses (Nakamiya and Gakkentoshi) are located in Hirakata city (pop.: 398,000) near Osaka city, the second largest business metropolis next to Tokyo. Hirakata is also close to Kyoto and Nara, both of which are synonymous with "Japan's rich tradition." This Geographic advantage provides students with easy access to the centers of Osaka and Kyoto in little over half an hour by train.

Kansai Gaidai is located in the city of Hirakata (pop.: 405,000), midway between Osaka, Japan's second largest industrial metropolis, and Kyoto and Nara, the ancient capitals of Japan. Located in the cultural heart of Japan, our campus provides an excellent starting point from which to begin exploring of a land that, by anyone's standards, is truly fascinating. Many of the cities in the Kansai* region are extensively utilized in the Asian Studies Program through field trips, independent research, and/or case studies. 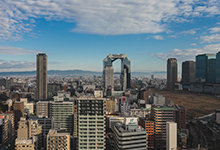 Osaka has been a major center of commerce since the eighteenth century, and is still a vast and expanding hub of business and industry today. The metropolis exhibits many colorful aspects as can be seen in the competition for bigger and showier street signs which are on display in Minami (the southern part of the downtown district).

As a center of pop culture, Osaka never ceases to generate a variety of new trends and give birth to new dimensions of the urban experience in Japan.

Kyoto was founded in the late eighth century, as evidenced by the ancient layout of its numbered avenues. While prestigious museums house the most valuable collections of Japanese art in the country, Kyoto itself is a fine museum in its own right. Fortunately, the city was not damaged in the Pacific War, and therefore many of its temples and shrines have been designated as national treasures for everyone to appreciate. 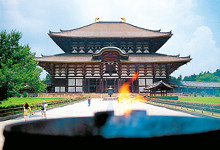 Nara : A train ride of a little over an hour will bring you to Nara the ancient capital preceding Kyoto, which also offers various cultural treasures to its visitors. Claiming to be the site of the first organized political state in Japan, Nara has the dignified atmosphere of an ancient capital (early eighth century).