One of the things that California is known for is the wave of music events that are held throughout the year. From concerts, to raves, to music festivals, California has all sorts of gatherings and events for anyone to come and enjoy! Among the most famous festivals in California are Coachella and the Hard Summer Music Festival. Many festivals focus on certain concepts or themes such as summer vibes, raves, or even focusing on certain artists signed to a particular record label. Writing about all music festivals would be too broad, so this article will be focusing on one festival, which was quite recent: Head in the Clouds 2021. 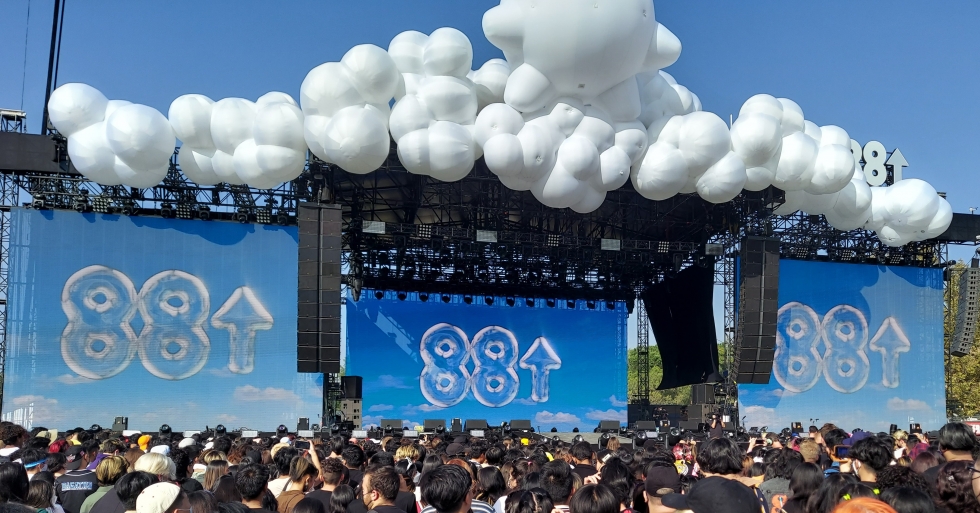 Head in the Clouds, or HITC for short, is a pan-Asian music festival that happens once a year (except for in 2019 due the the rise of COVID-19 cases at that time), hosted by the music label 88rising. 88rising is not only becoming a famous music label throughout the United States, but also in Asia because of the popularity of the Asian artists that are in or associated with 88rising. This year, since the festival was only held in California, people came from all over the world, flying to Los Angeles for the event and bringing the attendance to over 30,000. Not only Americans, but people from Asia, Canada, and other outside countries flew to Los Angeles, California to come to the festival. HITC 2020, which was cancelled due to the rise of COVID-19 cases at that time, was supposed to be held not only in California but also Indonesia. Possibly by next year in the fall, the festival will be able to be held in Asia.
Some of the most famous 88rising artists are NIKI, Joji, and Rich Brian. Both NIKI and Rich Brian are Indonesian singers and songwriters; NIKI focuses more on R&B and indie style music, and Rich Brian focuses on hip hop and rap. Joji is a half Japanese and Australian singer and songwriter who grew up in Osaka, Japan, and focuses on R&B and soul music genres. As the popularity of their songs have been increasing, so is the name of 88rising. I would recommend looking into these amazing artists! Not only 88rising artists performed, but many very well known Asian artists such as DPR LIVE, CL, eaJ (also known as Jae from DAY6) and keshi performed at the festival. Non Asian artists were also invited to perform as well, this year's HITCH festival hosting a performance from the infamous Saweetie. 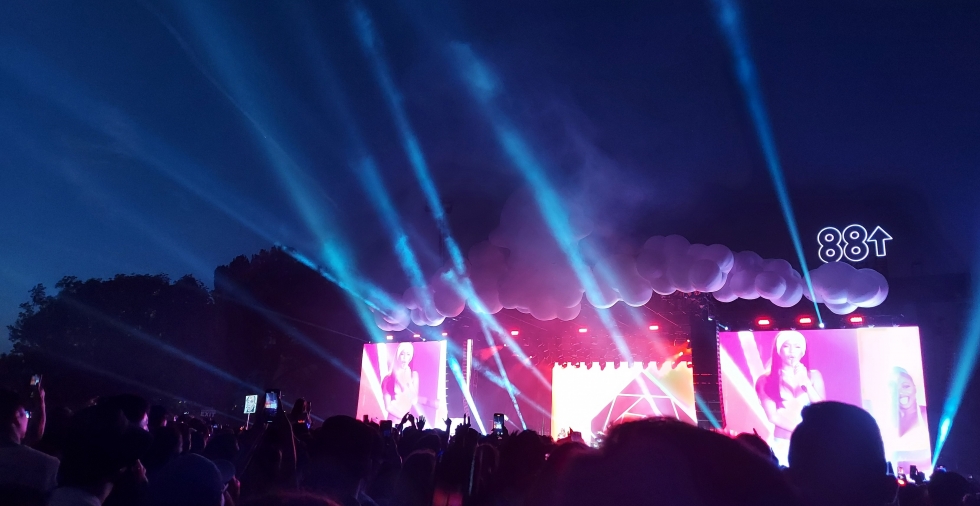 For the two days of the festival,attendees were able to enjoy the music and entertainment, as well as food and drinks. Many food booths such as yakisoba, Chinese dim sum, oysters, and many boba (also known as tapioca and bubble tea) stalls were open for all people attending. There were also booths and areas meant to be photo spots for festival guests to post onto their own social media, such as a booth that showed all the artists performing at the festival. Since the name of the festival is Heads in the Clouds, there were many areas of the venue designed to fit the cloud theme. Even the main stage!

With the hundreds of services offered for all attendees, security was very attentive and hardworking to keep everything and everyone in check, which helped people feel safe throughout the whole festival. In addition, as we are still in a pandemic, before entering the festival, all attendees were to show proof of COVID-19 vaccinations or show a negative result of a recent COVID test. However, that was the only security procedure concerning COVID-19. Within the venue, though the majority of the people were wearing masks, there was still a large number of people, probably about 40%, who were not wearing masks.
Further, there was no enforcement of social distancing, especially in the performing stage areas, especially at the area of the performing stages. Everyone who was coming close to the stage was all squished together because everyone wanted to squeeze up to the front to get closer to the stage or get a closer view of the artists performing. Fortunately, even though there was a  high possibility for transmission of COVID-19 from other people, there have been no known cases of COVID reported from attending the festival. 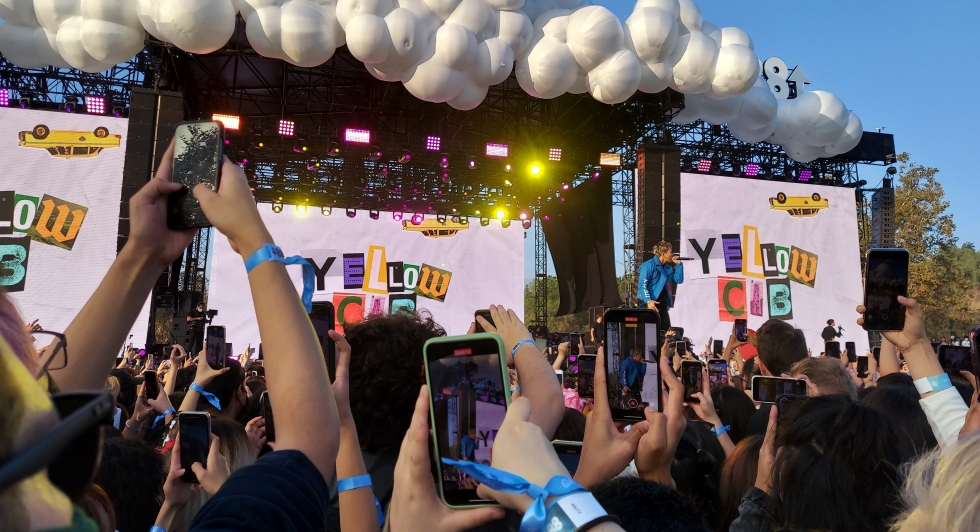 HITC is very similar to many other festivals in America overall, but much larger than some other festivals that aren’t as popular. This festival has its very own unique priorities and themes/style that it goes by, as do all other festivals. If you have the chance to come to California, especially during summer or fall, look up some upcoming music festivals that you’d like to go to!