Edinburgh is an ancient city that dates back centuries, and it shows and embraces the fact it is old. It isn’t uncommon to walk around the city and see cobblestone streets, narrow paths, and ancient buildings. The city has grown since it was first created many years ago, and now lies along the Firth of Forth which connects to the North Sea. Another crazy fact that is 75% of the buildings in the city are listed as a national intertest, due to being quite old and many are in amazing shape for their age. The city has something for everyone.

Edinburgh castle is one of the most prominent landmarks for all visitors who go to the city. Its beauty is that it sits in the middle of the city high up on a massive rock. This massive rock is a dormant volcano that went extinct millions of years ago. The road that leads to the castle is known as the Royal mile, which leads up hill to the castle, passing many historical buildings and cathedrals. Edinburgh Castle was built on castle rock in 1103 for the kings and queens. The Castle has changed hands many times over the years as it was constantly under attack due to its distinct advantage of having only one way in and out. It is the UK’s most besieged places, meaning it’s been forfeited and surrendered more times than any other place in the UK. 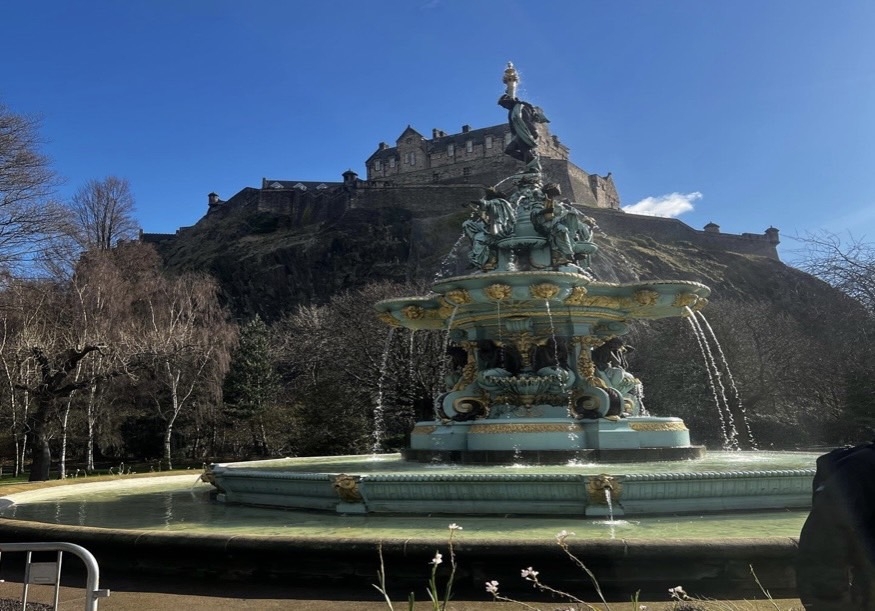 Another great spot in Edinburgh is called Calton hill, which also sits high above the city and gives off amazing views. Colton Hill was a monument to Admiral Lord Nelson who died in the battle of Trafalgar in 1805, as well there is a Greek temple styled building and a city observatory which was designed by Henry Playfair in 1818. While these are only a few of the structures on the hill, which you can walk right up to, but you can get 360 views of the massive medieval city. I could write about all the fascinating buildings you can see upon the hill, but it won’t do it any justice, so if you’re in Scotland it’s a must-see place. From the top of the Hill, you can see many amazing buildings and sites, such as Waterloo place where the balmoral clock is, Scottish Parliament, and Edinburgh Castle. As well from the other sides of the massive hill, you can see the North Sea, Firth of Forth and Anthers seat.

Edinburgh may be an ancient city and rated as one of the worlds prettiest cities, but there is just so many things to talk about this amazing city. If you can ever come and experience this amazing city, I recommend getting lost in history and enjoying the sites, and don’t be afraid to climb above the city. There are other landmarks which I did not mention like the University of Edinburgh the national galleries. I do recommend watching the weather and prepare for it all, like snow, rain, and sun. Currently when writing this it is nearly 20 degrees Celsius in March with no clouds in the sky. However no matter the weather you get you will get amazing views, pictures and learn about the fantastic history of this unique city that millions of tourist flock to each year.