Proudly embracing the principle of "Practical Learning" throughout the ages

The history of Kansai Gaidai University began in 1945. Following the end of World War II, Tanimoto English School was founded by Noboru and Takako Tanimoto in Higashi-Sumiyoshi Ward in Osaka City. With the scars of defeat in the war still glaringly obvious, the co-founders took the first step in foreign language education with a strong determination to eliminate war.

Two founding principles were proudly set forth: 1) Nurturing individuals with a well-rounded education who can contribute to the international community; and 2) Focusing on practical learning in order to meet the changing social needs and viewing the world from a fair-minded perspective.

These founding principles have guided us in achieving the lively and dynamic growth of the University and forming the University's character as it is today. Unlike national or public universities, the identity of a private university relies heavily on the achievement of its founding missions and goals. The founder's ideas and beliefs must always underlie the principle of behavior and be respected throughout the ages while responding to the changing times. 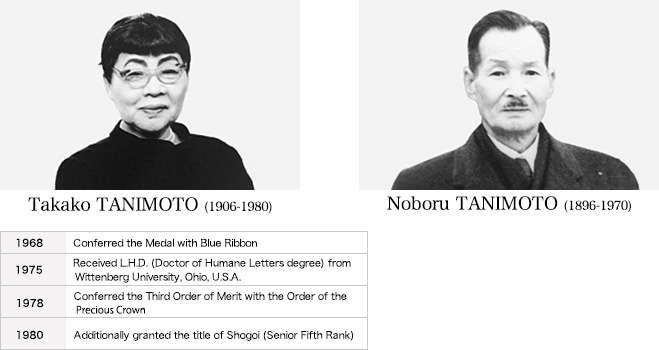