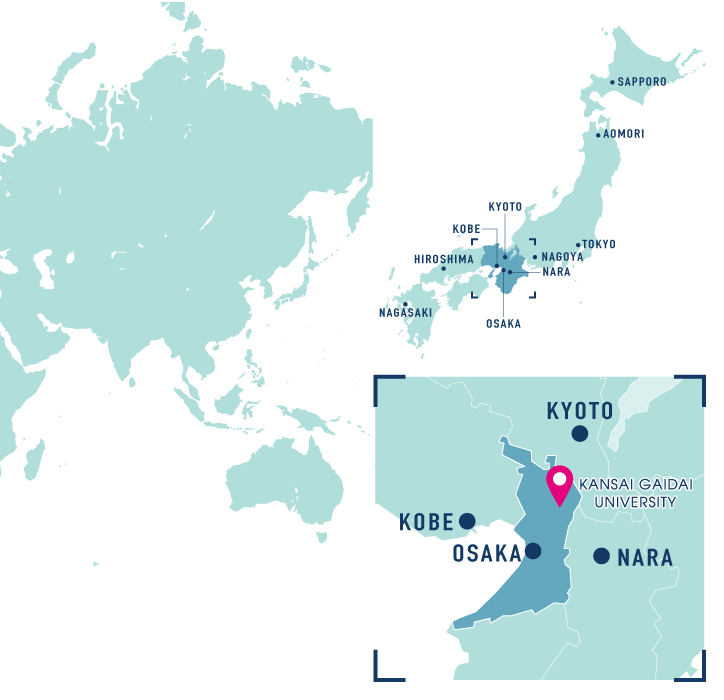 Where is Kansai Gaidai?

Kansai Gaidai University is located in the city of Hirakata (pop. 400,000) in Osaka prefecture. Located on the Yodo River, Kansai Gaidai is in the center of this region, midway between the ancient capital of Kyoto and the dynamic business center of Osaka, with Nara and its Daibutsu (Great Buddha) and “sacred deer” only a short train ride away. Kobe, located only a little further away, is the newest addition to the Kansai region, for it began its growth with opening of Japan to the West in the 1860s, and boasts of western influences in its architecture and atmosphere.
This superb location provides an excellent starting point from which to begin exploring of a land that, by anyone's standards, is truly fascinating. These geographic advantages are extensively utilized in the Asian Studies Program through field trips, independent research, and/or case studies.

The Kansai region is truly the heartland of Japan, for it is here that the first steps were taken to establish a formal government structure, and it was here that the first expression of sophisticated art flowered. In the center of this historical area are the cities of Nara, Kyoto, and Osaka, all distinct from one another, each exhibiting a characteristic flavor that together add up to the Japanese culture that is celebrated throughout the world. 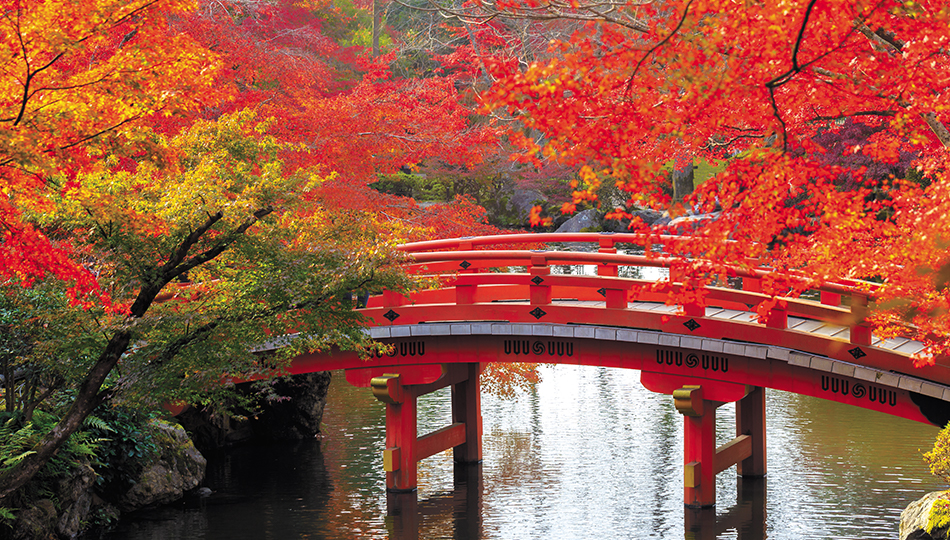 Kyoto was founded in the late eighth century, as evidenced by the ancient grid layout of its numbered avenues. It was the capital of Japan for more than one thousand years. While prestigious museums house the most valuable collections of Japanese art in the country, Kyoto itself is a fine museum in its own right. Fortunately, the city was not damaged in the Pacific War, and therefore many of its temples and shrines have survived and been designated as national treasures for everyone to appreciate. Much effort is made to restore and preserve Kyoto’s traditions and landscape. 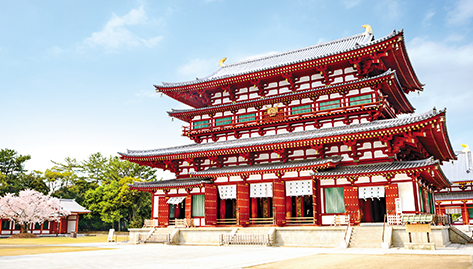 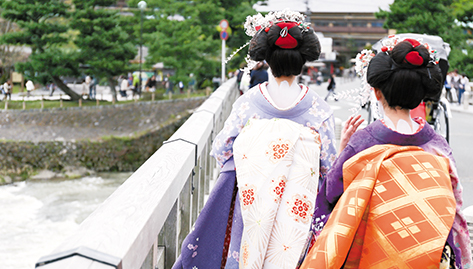 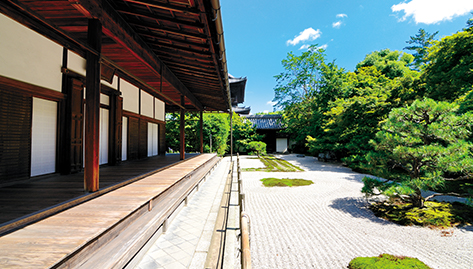 Osaka has been a major center of commerce since the eighteenth century, and is still a vast and expanding hub of business and industry today. Historically known as a merchant city, Osaka was known as the “nation’s kitchen” during the Edo period. The metropolis exhibits many colorful aspects as can be seen in the competition for bigger and showier street signs which are on display in Minami (the southern part of the downtown district).
As a center of pop culture, Osaka never ceases to generate a variety of new trends and give birth to new dimensions of the urban experience in Japan. 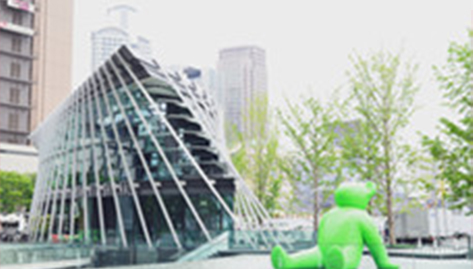 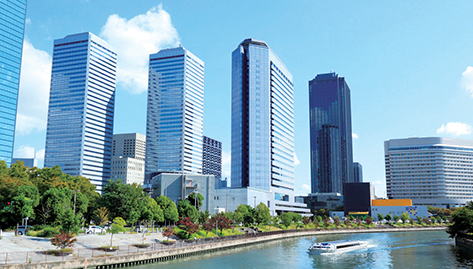 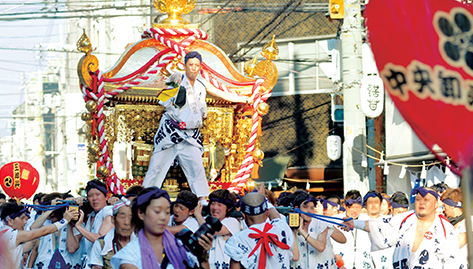 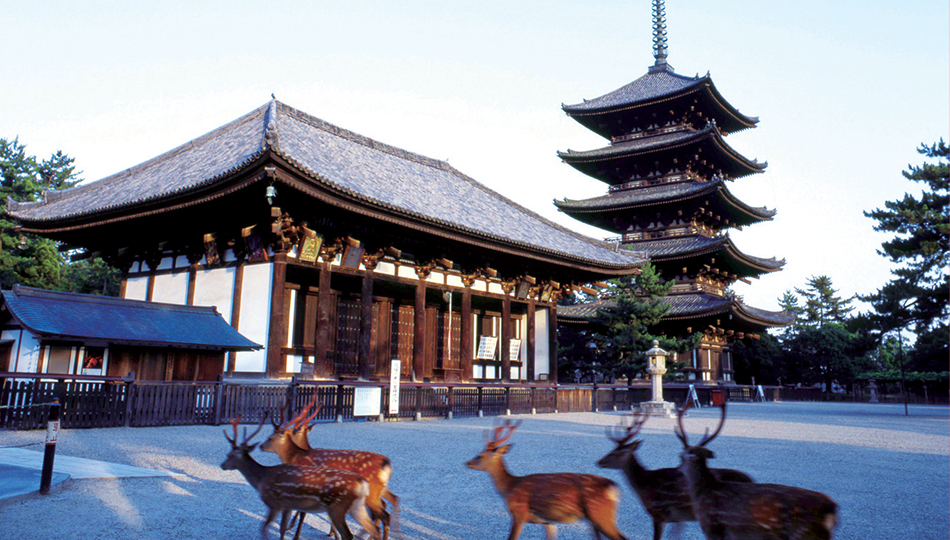 A train ride of a little over an hour will bring you to Nara, the ancient capital preceding Kyoto, which also offers various cultural treasures to its visitors. Celebrated as the site of the first organized political state in Japan, Nara has the dignified atmosphere of an ancient capital. It remains full of historic treasures, including some of Japan’s largest wooden temple housing Japan’s largest Buddhist image, the Daibutsu. 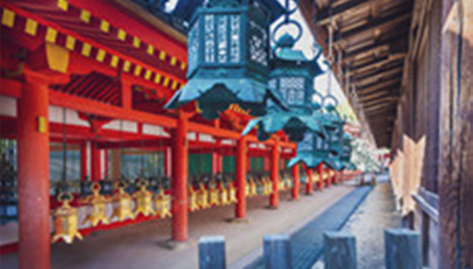 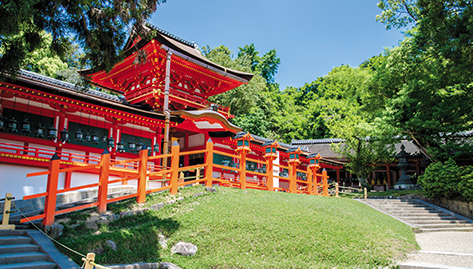 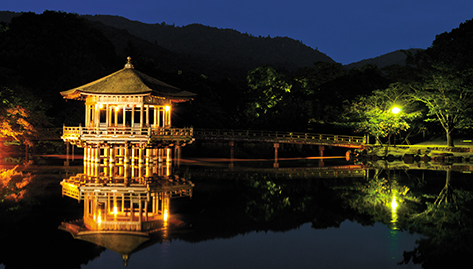